Looking to the Future: Giving Educators the Foundation to Teach Ethnic Studies

With the California State Board of Education approving a model curriculum for Ethnic Studies in March, and a bill currently working its way through the state Senate that would obligate public schools to offer Ethnic Studies courses beginning with the 2025–26 school year and require them for high school graduation in 2029–30, UCR University Extension has launched a certificate program to prepare educators to design and teach these emerging classes.

While the model curriculum took years of often contentious trials and debates, and the first piece of passed legislation was vetoed in 2020 by Gov. Gavin Newsom because the curriculum wasn’t deemed ready, UCR University Extension has stayed ahead of the curve, well positioned to craft its teacher-training program. 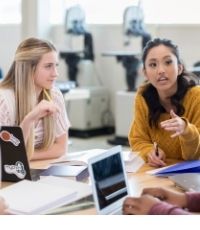 “The new certificate program in Ethnic Studies Education was developed through long-standing partnerships between UCR University Extension, UCR Graduate School of Education, and Val Verde Unified School District,” said Annette Webb, Associate Dean and Director of Education Programs. “A collaboration with the Riverside County Office of Education will support and strengthen the future of this new and exciting program and the Inland Empire educators who enroll.”

Students may choose from four basic offerings: an introduction to the study of race and ethnicity that covers major concepts, controversial issues, and foundational theories; ethnic studies and education; race and educational inequality; and critical pedagogy as specifically related to knowledge and power within the educational system. With these four basic courses, students may take a more general approach to the material, or one geared expressly toward application of principles at the K-12 level. There is also a fifth course, titled Topics in Education: Chicana/o Curricula K-12: Theory into Praxis, which can count towards achieving the certificate.

The overall thrust of the UCR University Extension certificate program, according to Franklin Perez—who recently earned his Ph.D. in Ethnic Studies at UCR, and was a primary architect of the curriculum along with Annette and Talisa Sullivan, Administrator of Equity and Access for RCOE—is to immerse educators in the foundational knowledge and pedagogical applications of this rapidly proliferating field, with a primary focus on what he calls the “four food groups” of Ethnic Studies. 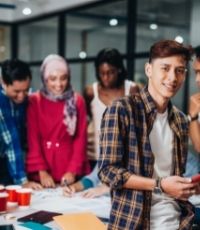 “The kids are getting a crash course in a lot of this. What the certificate program is going to do in terms of how we’re training the teacher-educators is to give them the same kind of crash course,” said Perez. “Even if you’ve never taken an Ethnic Studies class, here are the four basic communities you’re going to address: Asian American; Native American, or indigenous; Latinx; and African American. You’re also going to get a broader impression of what systemic oppression looks like, politically and legally and so on, so that you can provide students with an understanding of these differences. That way, when they research and review the histories of these individual communities, they’re going to say, ‘Okay, this isn’t just happenstance; it’s actually a long tradition of discrimination.’”

Teachers earning the certificate in Ethnic Studies Education will be qualified to teach standalone Ethnic Studies courses at the K-12 level, or incorporate Ethnic Studies components into existing English, Social Studies, and other courses. For instance, Franklin noted, someone teaching a “traditional” American history course might infuse the material with “more perspectives from people of color and women. It’s just broadening that curriculum out from what is quote-unquote ‘traditional.’”

Assuming current legislation makes it out of the Senate and is signed by Gov. Newsom, starting with the 2029–30 graduating class, all high school seniors will have to have taken at least a single-semester dedicated Ethnic Studies course. Many districts, Franklin noted, especially larger, urban ones like those in Los Angeles, San Francisco, and San Diego, will go far beyond the basic requirements.

“Starting with 2029-30 graduates, all will have taken at least a single-semester Ethnic Studies course, and it will give them increased cultural awareness, a greater appreciation for their own communities, and enhanced respect for others.” 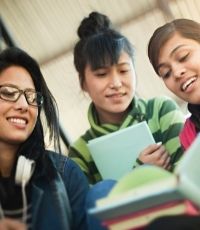 But, the single semester will give students increased cultural awareness, a greater appreciation for their own communities, and enhanced respect for others. What it won’t do is “radicalize students of color to burn down the system,” something Franklin calls “the biggest misnomer with Ethnic Studies,” while citing studies showing positive benefits to implementing the curriculum changes, regardless of race or ethnicity.

“Talking about these stories and highlighting the good that comes out of all these places helps transform the thinking about different communities. It gets folks to appreciate each other and then think about ways they can fix problems that affect everybody.”