The primary goal for UCR University Extension instructor Eric Nielsen, while working with at-risk youth enrolled in the Cybersecurity Bootcamp and Applied Cybersecurity Professional Achievement programs, run in partnership with the Riverside County Office of Education (RCOE), is to impart a sense of hope and belonging, a viable way forward in a world they often feel has forsaken them. Whether it’s the one-week Bootcamp or the six-unit certificate program, the message for these young students—who are serving time in juvenile detention facilities or have been expelled or dropped out of traditional RCOE high schools—is the same.

“If you work on yourself, if you invest in yourself, you’re going to be successful…” 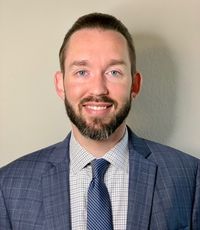 “You’re not going to reach 20 out of 20, but I try to let them know, ‘Hey, we care about you out here. There’s life after incarceration,” Eric said. “I don’t care, I’m not interested in what you see that you’re never going to be able to change. If you work on yourself, if you invest in yourself, you’re going to be successful, and cybersecurity and IT is a way to do that.” 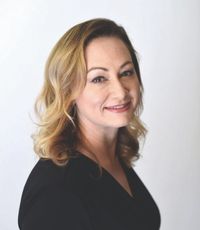 Associate Dean Webb continues, “Additionally, under this partnership offered to the same student population is an Academic Dual Enrollment program that allows students to earn both high school and college transfer credit as well as a Certificate in Applied Cybersecurity. It’s incredible to see the growth in these students as they progress through the programs, especially in their self-confidence and in their attitudes and perceptions towards college and career-focused training. We are meeting them where they are, and that’s key to the success of this partnership.”

The fruits of this partnership were on full display just before Christmas break last winter, when UCR hosted an on-campus graduation ceremony for program participants, with those completing the certificate program awarded new Chromebooks alongside their certificates and college-transferable credits. UCR University Extension staff and instructors were joined by their partners in RCOE along with three students and their families who were able to join in person. Many more participated in the ceremony, which featured student testimonials and instructor and parent remarks, via Zoom.

Xi Zhang, who administers the program on the UCR University Extension side, spoke of one mother who was in tears addressing the audience with gratitude for the positive life strides her son had made through the Cybersecurity program. 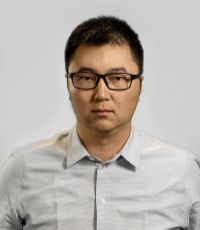 “This was a very touching moment,” Xi said, noting the different life challenges the students enrolled in the program face, not least of which is that most of them do not have access to a computer outside of the classroom. The students tend to be less prepared academically and often face motivational issues as well, Xi added. “This was the part where I felt how an educational program may really change the life trajectory of students who have previously experienced not only the normal difficulties of growing up, but also dealing with something not being right. I feel I was just doing my job, but a small part of my job can really change somebody’s life and help put them back on the right track.”

Xi, who said both enrollment and passing rates in the UCR University Extension alternative education programs have continued to rise, even as enrollment in similar programs across the county have dropped, gave a special nod to the instructors for buying in and remaining committed to making the program work.

“I have been very lucky that I was able to get the instructors fully onboard with me and willing to show their maximum flexibility and attention to the students with these special circumstances,” Xi said. “The instructors have been very helpful, and they are the most important component in making this program successful.”

One of those instructors, Eric Nielsen, recently finished teaching the one-week Cybersecurity Bootcamp program to 31 students, with those finishing earning two high school credits. In addition to a caring attitude, for Eric the key has been making the classroom material both accessible and practical, instilling in students foundational and conceptual knowledge while providing “street smarts” that will enable them to eventually enter the workforce and thrive.

“I’d like to impart in the students hope, confidence in themselves, that they can make a change, and that when they hear the word cybersecurity, we’re not launching the space shuttle,” Eric said. “This is not calculus. Anybody can do it. Here’s the actual path, I’ll tell you the bottom line: Here’s how I got from Point A to Point B, take what you can of my recommendation and then proceed from there.”

And while some may raise eyebrows over teaching teenagers in the criminal justice system about a sensitive area like cybersecurity, Eric said that what he teaches is not how to access systems but rather how to make them more secure. There is a prominent self-improvement aspect to the program designed to instill discipline, self-worth, and personal and civic responsibility.

“We need leaders, and I want these kids, even if they’re in jail, to think, ‘I can be a leader someday…'”

“We need leaders, and I want these kids, even if they’re in jail, to think, ‘I can be a leader someday,’ kind of give them that hope and that focus back, that there’s life outside of this, and that they can achieve that,” Eric said. “If we’re teaching them these concepts, it’s going to help them be a lot more marketable. Because we have a lot of security professionals that are simply 50, 60 years old but they don’t have the hands-on experience of when someone comes to you and says, ‘I need you to run my program,’ you can articulate calmly and with authority, ‘Okay, this is what we need to do’ and be able to execute on it.”