In an age when everything and your Cracker Barrel breakfast meat is politicized—and in serious cases, almost always leads to negative outcomes (see: the dreadful US record on Covid-19 and monkeypox relative to the rest of the world)—the forces that politicize increasingly train their crosshairs on education. And while no school subject, from music to math or even lunch (ketchup as a vegetable, anyone?) has steered clear, civic education has always borne an oversized burden.

“…the forces that politicize train their crosshairs on education…”

This is to be at least somewhat expected given that civic education is the area of history-social science concerned with churning out informed citizens intellectually equipped to thrive in a participatory democracy; but it is also part of an alarming trend over the last several years that has seen the US called a “flawed democracy” by the Economist Intelligence Unit, and a “backsliding democracy” by the International Institute for Democracy and Electoral Assistance (IDEA).

For Dr. Erica Hodgin, who codirects the Civic Engagement Research Group (CERG) at UCR and guides educators through a UCR University Extension Custom Program in integrating civic education into their curricula, it is a time for concern.

“I do think that what we’re seeing as to the political landscape is affecting schools and education and teachers, and the divisiveness and controversial nature of our democracy is impacting greatly educators and schools and students,” she says. “I think we do see that showing up particularly around civic education.”

There is a lot of cause for hope, too, both in terms of national politics and civic education close to home. International IDEA, for example, also notes the recent shift in US foreign policy towards prioritizing democracy, while their indices show a dramatic increase in the US electoral participation score—typically amongst the lowest for developed nations—since 2015. In 2020, the California Board of Education approved a State Seal of Civic Engagement for high school graduates who have demonstrated excellence in civics and community engagement.

This could be a gamechanger. According to CERG research, 87 percent of district LCAP plans in California make no mention of civic education, and roughly half the state’s students attend a district whose mission statement omits democracy or civic education, despite these being original pillars of public education in the US. 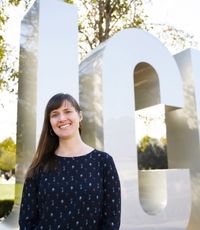 “For many years prior, civic education took a backseat to subjects like math or science or literacy, but now it’s interesting that civic education has really been brought into the kind of discourse about, say, different books being okay to read or not and the extent to which teachers can attend to political issues in schools,” Erica says. “But we know from a range of studies that a variety of civic learning opportunities have really important benefits for young people. It can foster greater and more informed civic and political engagement. We also know that it raises young peoples’ knowledge, their skills, their dispositions and that it does impact student voice.”

A recent CERG study of student voice demonstrated a relationship between schools receptive to students’ voices and greater rates of attendance and higher GPAs. Students seem keen on discussing the contentious issues of the day in school, and a survey of California public school parents revealed that most thought young people learning how to be good citizens was an important goal for good schools, according to Erica.

But in practice, a number of challenges arise in implementing civic education in these politically divisive times, including support for teachers from administrators, space in the curriculum and time in the school day to include it, as well as ensuring equity and access for all students.

“There are a lot of important things to consider and some really strong benefits when we are able to do it well,” says Erica, who recommends being clear upfront as to desired learning outcomes and leaving room for a range of viewpoints on issues.

Teachers should be really clear with their principal and district as to what they will be discussing and how, including ways they are navigating within their content areas and standards and best practices, Erica says. Background information and current context is crucial, and discussions should follow classroom norms and guidelines, rather than be free-for-alls opened up by asking students what they think about an issue.

“…discussion skills and knowledge bases should be built up over time before they are engaged in contentious issues in the classroom.”

Erica believes teachers generally should not reveal their political leanings in class, and also emphasizes the importance for them to feel secure in their positions through awareness of our current political state. On the student side, discussion skills and knowledge bases should be built up over time before they are engaged in contentious issues in the classroom.

“Still best practice is, What are the multiple perspectives on this issue? What’s the evidence?” she says. “Then students may or may not articulate what their ultimate opinion is. Sometimes it is good practice, depending on your learning goal, for students to write a position statement or a paper or a letter to the editor where they say, ‘Here’s what I learned about this issue, here’s a range of opinions, and here’s why I think this is perhaps the best way to go or the most important policy or position to support and here’s why I think that.’”

In today’s uber-politicized society, it’s easy to cocoon ourselves in any of a number of social circle echo chambers or cynically forego political discourse and voting altogether. Though electoral participation in the US has risen over the past several years, it still greatly lags behind that of other democracies. The reason could partly lie in public school losing touch with the civic education arm of its mission. What’s clear is that, going forward, schools will have a significant role in which way our democracy goes.

“I think the reason that schools are so important is that schools are often more ideologically diverse spaces for students to learn about these issues than other spaces—at home or in other ways they’re often around other likeminded individuals, and I think it’s okay for a student to know that this peer of mine has a different opinion than mine and this is how I think about it but that they should know how to engage in a respectful, constructive conversation with each other,” Erica says.

“…as adults we need to be supportive and respectful of young people.”

“It’s encouraging to know that I think when school and district leaders are talking about the importance of not only the civic learning practices but also democratic norms, which is that we may disagree with each other but we are going to hear each other, that makes a difference, and it is essential for not only teachers to be able to facilitate these kinds of hard conversations in the classroom but also for students to feel like ‘I can be in this conversation and it is not harmful to me or I am not feeling like I am attacked.’”

Erica emphasizes, “Young people are more engaged than ever, and they are wanting to engage around the issues of the day in their community and society, and they want to make a difference. I feel like as adults we need to be supportive and respectful of young people.”