Twelve years ago, Hiromichi Igarashi came to UCR with a dream. His success and story make us proud and inspire us—and we’re pretty sure it will inspire you, too. 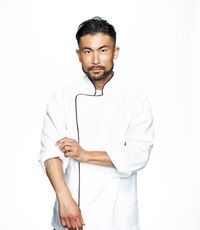 When Hiromichi Igarashi first arrived at UCR University Extension Center in 2009, he did so as a college graduate fresh from Japan speaking little English but determined to learn, stay, and make his mark in the United States. Twelve years, a Green Card, and a string of successful ramen restaurants to his name, he is more than living up to those lofty goals.

“The main reason I moved here was because I loved the American culture and people, and I wanted to do something great, something big, and make an impact on society—but something different from other people from Japan,” Hiro said.

Hiro first visited the US as a 10-year-old on a month-long homestay in San Diego, where he quickly fell in love with the ideal coastal weather, and equally famous laidback culture. After earning a Bachelor’s degree in International Marketing and Business in Japan, he was ready to pursue his big dreams, and knew he would start with a return to the region where he’d left his heart—Southern California.

Enrolling in UCR University Extension’s Intensive English Program because it offered the best learning opportunity in the most affordable locale, Hiro spent the next 18 months bolstering his English-language ability, and then earning a UCR University Extension Professional Certificate in Marketing. All the while, he followed the playbook that served him well during his undergraduate days back in Japan, where he spent most of his time in the cramped kitchens of local ramen shops. He worked part-time in three different restaurants learning to prepare the savory bowls of noodles with the grilled pork and green onion slices so popular in his native country and, increasingly, the world.

“I was studying very hard, and I didn’t speak any English,” Hiro remembered of his time in Riverside. “But after a year, I had spent most of my money, and I had to work.” Through UCR University Extension’s Optional Practical Training, Hiro found work at Oishii Sushi in downtown Riverside where, while leaning the business, he started off washing dishes, but soon worked his way up to preparing California rolls and other types of sushi, being called to the counter whenever a customer wanted to speak Japanese.

It was a crash course in American restaurants, and one that prepared him to venture out with a friend from UCR who owned a food truck specializing in sushi. While the food truck venture lasted just a year, it was one more step in Hiro’s education, with more practical knowledge to connect to the theories he was studying in UCR University Extension’s Professional Certificate in Marketing program. “It’s interesting how everything connected,” he said. “Marketing is a very diverse field of study.”

“He then completed a Professional Certificate in Marketing…” 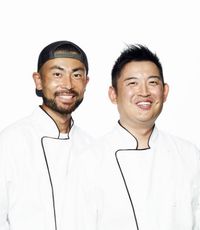 When what Hiro calls the “first US ramen boom” hit in 2011, he started working at a ramen restaurant attached to the ramen-manufacturing facility operated by Kyoto-based Takara Ramen in Gardena. His boss was Nori Akasaka, who would later become Hiro’s partner. But first, Hiro found himself in demand as a ramen chef.

While managing a popular LA ramen shop, he was hired by a local restauranteur who wanted to open a ramen restaurant but needed help with authentic recipes and a menu. This operation became Silverlake Ramen, which has since grown to 26 franchises nationwide. Hiro managed and served as head chef of Silverlake for five years, then asked for an ownership stake.

“I came to this country to do something big. I need to be an owner.”

“I started thinking, ‘I came to this country to do something big. I need to be an owner, to have equity in a company; otherwise, I am just working for someone else as an employee. This is not what I want. It’s not the reason I came here.” When the owner said “No,” Hiro decided that he would have to find another way to pursue his dreams. 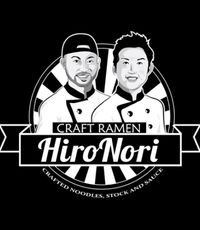 Hiro had stayed in touch with his former boss at Takara, and approached Nori about supplying the new ramen restaurant he was planning on opening. Nori, seeking a change of scenery himself, went his old protégé one further: he offered to become his partner. “His specialty is wholesale and distribution, and my specialty is hospitality, management, and marketing,” said Hiro, “so it was perfect, and HiroNori Craft Ramen was born.”

Their first location, in Irvine, did so well that Hiro was able to pay back his loans within the first few months of opening. They then opened a second restaurant, in Long Beach, and a factory in East LA where they make noodles, broths, and sauces exclusively for HiroNori Craft Ramen. Hiro and Nori currently own three additional restaurants in Orange and LA Counties, and are in partnership with a sixth store in San Diego. There are two independently owned franchises in the Bay Area, as well, but Hiro said they are expanding slowly in an effort to maintain the brand’s integrity, targeting select locales with hipster appeal.

“HiroNori has locations in Irvine, Long Beach, Orange, LA, and San Diego, but they are expanding slowly to maintain the brand’s integrity…”

So, has he achieved what he set out to? “I’m not sure if I’ve reached the point I was dreaming about,” Hiro said. “I’m happy, but at the same time I’m not 100 percent satisfied with where I am because I want to grow. I want to be better. We need to expand the business. That’s the nature of both business and success.” 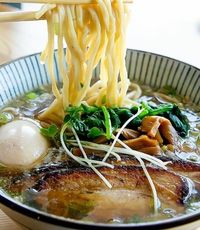 “I don’t think you’ll find a better ramen than ours.” 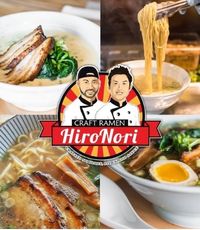 “Everybody has different tastes and preferences, so I won’t presume to say we are the best,” Hiro said. “But I am more than 80 percent happy about our product and taste. We believe there’s nothing close to our quality, and I don’t think you’ll find a better ramen than ours. We definitely are on the right path to achieve our dreams.”