How Does Anti-CRT Legislation Affect the Future of Advanced Placement?

As a growing number of state legislatures pass bills prohibiting the teaching of “divisive concepts” related to race, ethnicity, gender, and sexuality, many educators and administrators are worrying about the effect such laws could have on their schools’ Advanced Placement (AP) courses. Such so-called “anti-CRT” legislation has recently taken effect in 14 states, including Virginia, North Dakota, Texas, Florida, and New Hampshire, and is working its way through the Ohio legislature, though, notably, a similar proposed bill recently failed in Indiana.

For its part, the College Board, which administers AP examinations, while claiming in a recent statement to Education Week that it is “not aware of any instances in which state requirements conflict with the standards of college-level AP courses,” has at the same time made it clear that censorship of instruction, or failure to adhere to program principles, could result in forfeiture of AP authorization for certain courses and even the removal of the AP designation from student transcripts.

“...The College Board has made it clear that censorship of instruction could result in forfeiture of AP authorizations and the removal of the AP designation from student transcripts.” 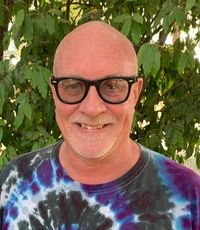 Given the recent high-profile cases of school districts removing certain books from their curricula, many are concerned that courses like AP English, both the literature and language iterations, could be negatively impacted. For J. Ryan Hoague, who taught AP English for 22 years as part of a nearly three-decade career as an educator at Temple City High School and Pasadena City College, safeguarding the academic integrity of such courses is of tantamount importance.

“As a lifelong reader and English teacher who has dedicated his life to the study of literature, I am deeply concerned about the current trend of aggressive academic censorship, particularly in AP Literature, and English courses,” Ryan said. “Engagement of a wide variety of perspectives and ideas has always been central to a free and fair society and, in fact, democracy itself.”

Particularly concerning to Ryan, who has served as an AP English exam reader since 2001, are works of literature that are threatened by potential intersections with what are being termed “divisive issues.”

“When we limit the literature that students read based on cultural factors such as race and gender, we reduce their opportunity to see the humanity of those who are different from themselves,” he said. “This increases division and drives us deeper into isolating silos, echo chambers dominated by intolerance and exclusion. Literature provides a crucial means for conveying diverse life experiences, and the rich discussions that occur in the classroom provide a forum for questions, clarifications, and reflection. How can we possibly begin to understand other people’s perspectives if we are never exposed to them?”

“When we limit the literature that students read based on cultural factors such as race and gender, we reduce their opportunity to see the humanity of those who are different…”

The College Board provides a framework that schools must meet for courses to be approved for AP credit but does not itself set the curriculum. There is no required reading list for AP literature courses, for example, though for AP U.S. Government and Politics, Dr. Martin Luther King Jr’s “Letter from Birmingham Jail” must be included. If a local school board were to ban the teaching of Dr. King’s famous essay or if it was deemed to violate a provision of one of the new anti-CRT laws and was excluded from the course on that basis, the College Board would then strip the school’s AP authorization for U.S. Government and Politics.

The College Board has been active in protecting schools from censorship attempts against AP courses. In 2014, when the Jefferson County (Colorado) Board of Education proposed a committee to review claims that its AP U.S. History course promoted civil strife, students protested, and the College Board backed them up: “As vital context for the courageous voices of the students in Colorado, the AP community, our member institutions, and the American people can rest assured: If a school or district censors essential concepts from an Advanced Placement course, that course can no longer bear the AP designation,” their statement closed.

Interestingly, Education Week points out how the very concerns being addressed in the recent legislation—fears of indoctrination through school curricula covering divisive concepts—are built into the College Board’s guiding principles, in particular the fourth (of seven listed on its AP Central website), which stands in opposition to indoctrination. The third principle opposes censorship, and uses the example of a high school biology class that refuses to teach the concept of evolution as being not up to the standards of AP Biology. Other AP principles promote clarity and transparency, and an evidence-based, open-minded approach in regards to scientific inquiry as well as the histories and cultures of different peoples.

“The role of the teacher is not to tell students what to think, but rather to get them to think.”

It is those third and fourth principles, though, that seem to be most crucial to lifelong educators like Ryan, who credits the more than 3,000 books—covering history, spirituality, and literature of every stripe—and art-covered walls in his home with having a positive effect on him, his family, and his students, in terms of education.

“The role of the teacher,” Ryan said, “is not to tell students what to think, but rather to get them to think. True education, true knowledge is formed in this process. Eliminating texts that address the totality of the American experience, including racism, gender discrimination, social class, and LGBTQ+ issues, does not mean these problems don’t exist. Instead, such censorship reduces the possibility of meaningful exchanges of ideas that can move us towards solutions and a recognition of our common humanity. Much is at stake.”