With a free K–12 tutoring service up and running, Ankita Ahluwalia is already making her mark on the world—and she’s just getting started. 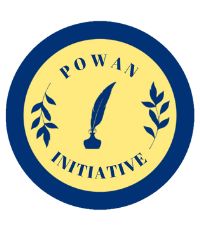 “Ankita is launching an innovative program streamlining her tutoring service…”

For that, Ankita has received a letter of support from Ramona High School with, hopefully, a first contract to follow. And the Computer Science with Business Applications major and budding entrepreneur is still just halfway through her UCR undergraduate career. “It’s been a really cool journey with how I started and the things I’ve learned there,” Ankita said of her time at UCR so far.

She credits Mihai Patru—Co-founder and Executive Director of the Caravanserai Project who serves as UCR Entrepreneur-in-Residence on Social Entrepreneurship—with mentoring her and guiding her to the UCR University Extension SEED (Social Entrepreneurship Engagement and Development) Lab program. And that’s where things really took off.

“She credits Mihai Patru, UCR’s Entrepreneur-in-Residence, with guiding her to the SEED Lab…”

“SEED Lab gave us the confidence to go after our idea of implementing this PSI afterschool program and actually go for it,” Ankita said. “They were the first couple of people who said that they believed in us and that they think this program would be great. After all that, we really decided to give it a go.” 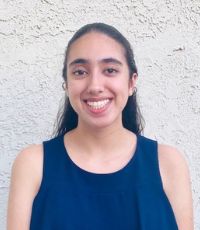 A natural leader and self-starter, Ankita had gotten far on her own, building a simple but effective website using WIX and then recruiting a small but dedicated band of volunteers that grew to include 60 tutors and 110 K–12 tutees. None of which would come as any surprise to anyone who knows Ankita as the vivacious polymath who loves math, science, and English and who since her freshman year at Irvine High School spent time tutoring her peers.

“During lunch and after school, I would sit in there and help them with their homework, help them with all that because it really excited me,” she said.

Then, like so many other things, the pandemic hit and inspired change. For Ankita, it meant taking her tutoring online. Using her WIX website and emails for appointments, she tutored students in the Irvine area throughout a UCR freshman year spent online. It was the first step towards professionalizing it into the nonprofit mission POWAN represents today, one that considers all angles of the educational process.

“We started this during COVID where we learned about all the different financial obstacles,” Ankita recalled. “I had teachers in the interviews telling me, ‘Ankita, my student is going to Walmart to get Wi-Fi and get their Zoom session. I have to check in on my students, and I feel like a social worker because I’m focusing more on their well-being and all the other aspects that teachers shouldn’t have to worry about instead of the education part of it.’ The teachers told me point-blank: their goal for them wasn’t to do derivatives or anything like that. Their goal was not on the academics. Their goal was to make sure their students were doing okay.”

That concern spurred Ankita to look at the tutoring process beyond one-way homework help towards a comprehensive approach that situates tutors in afterschool sessions between classroom teachers and students, receiving and imparting input to both while tailoring instructional help in the most effective ways possible.

“SEED Lab gave us the confidence to go after our idea…”

“Our students were struggling, teachers were suffering, everything was a major mess and that’s when we really delved into the research aspect of it. We’re interviewing these teachers, interviewing the principals, because in the end we don’t want to just empower the students, we want to empower the teachers as well and the people that we are serving, which now extends to teachers and principals with the PSI afterschool program that we developed and it’s really to provide ultra-specialized support for them where you have critical instructional support for the teachers because they feel like they want to quit, and there are high teacher burnout rates there as well.”

Ankita’s approach is fueled by a remarkable personal capacity for bidirectional learning and mentoring. As she tutored her peers at Irvine High School, for example, she was forging lasting mentor-mentee bonds with two of her teachers: Honors British Literature instructor Natalie Hanks and Kamee Nuzman, who taught AP English Language and helped inspire the POWAN name. At UCR, she has continued to both seek out and utilize extracurricular learning opportunities and pay it forward to her peers.

“Throughout this entire journey, we’ve participated in a variety of different start-up accelerators, and we’ve really learned from Launchpad, INNOVA’R, and all these other programs on campus,” Ankita said. “I’m currently empowering other students as a mentor and an unofficial ambassador of theirs where I mentor the early-stage entrepreneurs and help them with their strategies. It’s a very cool full-circle moment with them. All those programs actually led us to join the SEED Lab program.”

With the research and development into maximizing tutoring potential humming along, the SEED Lab got POWAN up to speed in a business sense. Ankita admits it was a much-needed jolt. 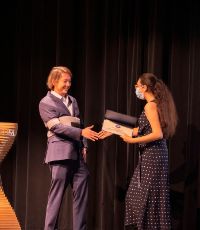 “We joined and we didn’t know what we were getting into but later on, we realized that we were functioning so much in the nonprofit sense of we’re doing all this for free, it’s all going to work out; it’s kumbaya, but we realized that we need funding to make sure that everything runs smoothly, so they helped us get into the mindset of you have to run like a business,” she said. “We had the social impact part down, but we didn’t have the business part down with the budget, with the traditional website infrastructure that we had. We had all the backend stuff down. They helped us with how to market better, how to share our mission and vision better.”

“We had the social impact part down, but we didn’t have the business part down and that’s where SEED Lab came in…”

The POWAN team now consists of 60 tutors (with a streamlined goal of 20), with support staff in marketing, operations, and tech totaling 13 more. “We have this diverse group of people who are there in our common mission of providing equitable education with equal opp access and building more innovative programs, developing and fine tuning our programs to make sure they are successful for the students and the teachers,” Ankita said.

Three of those are UCR grad Giselle Madariaga, who helps with marketing, and core operation leads and current UCR students Kevin Quach and Karanvir Singh. In addition to the institutional support for entrepreneurs, students like Giselle, Kevin, and Karanvir made UCR an ideal setting for Ankita’s endeavors. 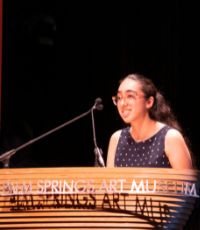 “I realized that UCR is probably the most inviting and welcoming university in the UC system, and I also just enjoy Computer Science with Business Applications, which is a major that is not offered at any other UC,” Ankita said of her undergraduate choice. “I like that mix of getting computer science and business knowledge, so I was really appreciative there and the instructors have been really educational and knowledgeable as well, and I really like the atmosphere on campus with the different students. They’re so welcoming and inclusive, you can start a conversation with any student there about anything. It’s a great community and it makes you want to go to school. It’s just warm, and there are so many students with innovative ideas.”

A fun fact Ankita offers up is that she started off on the premed route with an eye towards becoming a doctor saving lives in underserved communities. “That really excited me,” she said, “then I took a premed program and realized I can’t handle all the blood and all that other stuff. They made us go into this room filled with cadavers and all that and I realized, I’m done, I can’t do that. It sounds great, but maybe I can help in some other ways.”

Ankita certainly is doing that. And while she plans on sticking with POWAN in some capacity for the rest of her life, there is a sustainability plan already in place that will allow her to transition to other interests, dreams, and goals, including a possible return to medicine through the pharma industry.

“I’m an entrepreneur by heart now, so whatever next big idea I have, I’ll go with it…”

“I’m very interested in so many different industries,” she said. “This ed tech world has been really cool just getting into this and learning more about how we can format the tech to be more easily accessible. I’m excited to learn more about how we can further improve our business and improve our nonprofit and make sure that everything is running smoothly and hopefully get more events and have more community engagement next year—just spread the word about POWAN and hopefully implement more programs in different districts. My goal is to have ten different districts in the next five years who are using our programs, whose students are excelling.”

Beyond that, who knows?

“A lot of my friends already have it figured out--like I want to do this, or this, and that, but I want to do everything. My major gives you this opportunity where you’re not just subjecting yourself to one area,” Ankita said. “I’m an entrepreneur by heart now, so whatever next big idea I have I’ll go with it and I’ll see if hopefully we can change the world one idea at a time.”